Rugby under lights  returned to Lapstone Oval Saturday 11th August when Blue Mountains took on UWSH.
The day saw a magnificent milestone achieved by one clubs most respected plakers in Glen  “Parko”Parkin whol don the fourth grade number 11 jumper and ran out onto the hallowed turf to play his 500th game of Rugby for Blue Mountains.
No matter what sport you play,to reach this kind of level in any career is not only very rare,but it is one that truly deserves massive regonition.

Glen has played for over three decades and the  try scorering winger has had plenty of highs and lows in his career,and while he has picked up premierships along the way,the mild mannered club man still rates the friends he has made,and the chance to play with such a great club has given him the inspiration to go on year after year. 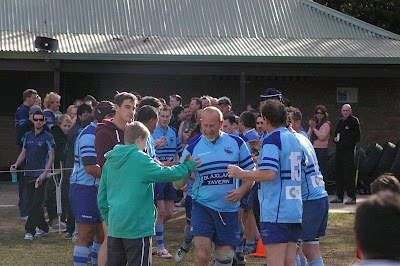